What is thermal modification?

Thermally modified timber (TMT) is not a new concept. The ancient Vikings knew that when building defensive fencing for fortifications, poles made from timber with a burnt surface lasted longer than those that hadn’t. More modern studies on possible benefits of TMT began in the 1930s and ’40s in Europe and the USA but the technology was not developed commercially. It wasn’t until the late 1990s that Scandinavia first introduced the commercial method of thermal modification that we recognise today, as a way of improving the durability and stability of native softwoods. More recent experimental and development work has shown that the thermal modification process works extremely well with some North American hardwood species. Commercial TMT kilns were first introduced into North America in the mid 2000s.

How is it made?

The TMT process is essentially a high intensity kiln schedule that lasts between 3 to 4 days depending on species and dimension of timber. The temperature reaches between 180 and 215 degrees Celsius depending on the level of durability required. The process requires an inert atmosphere devoid of oxygen to prevent combustion, this is usually either steam or a vacuum. During the process, the chemical and physical properties of the timber undergo permanent change.

The two most beneficial effects of the TMT process are to dramatically improve the stability and also the durability of timber species that have an inherently low natural durability, such as ash and tulipwood. After the process, the moisture content is lowered to around 4 – 6%, the equilibrium moisture content is permanently reduced which means that thermally modified timber is less affected by atmospheric changes in humidity, reducing the ability of the timber to absorb moisture, and so greatly improving its stability properties. The durability is improved by removing the hemicelluloses and carbohydrates from the wood which are the main food sources for wood-destroying fungi.

Other benefits include a reduction in thermal conductivity by around 20 – 25% compared to its untreated state, a significant benefit for window manufacturers. It also appears to improve the surface hardness of some species although more research is needed to fully quantify which species and by how much.

The other characteristic of TMT is a change in appearance leading to darker colour tones, the degree to which the timber darkens is influenced by temperature and species. AHEC experimental projects with designers and architects have shown that thermally modified American hardwoods machine extremely well, producing high quality smooth finishes that often don’t require further finishing.

The role of American hardwoods

Independent durability testing conducted at CATAS in Italy has shown that the durability of four North American hardwood species, ash, tulipwood, soft maple, and quarter sawn red oak, can be improved by thermal modification to achieve durability rating class 1 (very durable) according to EN 350:2016. This is the highest rating possible and equal to that of tropical timber species such as Ipe. This now means that these species can be used for exterior applications such as cladding, decking and exterior products such as garden furniture.

Thermally modified American hardwoods now offer a real alternative to traditional preservative treated timber for most external applications. There are no special handling precautions required with TMT and there are no environmental issues associated with wood disposal, or issues of leaching of chemicals whilst the timber is in service. Another important factor is that when using American hardwoods markets can be assured of their sustainability and legality credentials.

Although the thermal modification process has been shown to impact on some aspects of timber strength, such as bending, it should be noted that many hardwoods are inherently stronger than most softwoods traditionally used for construction. However, until more data is available, their use for major structural applications is not recommended. But AHEC projects demonstrate that successful engineering of TMT American hardwoods by finger jointing and glue lamination is still possible. As a general rule, the thermal modification process is not suitable for thicknesses of lumber over 50mm.

There are now around 120 commercial TMT operations worldwide, nearly 100 of which are in Europe and about 10 in the U.S.A and some in Asia. Thermally modified American hardwoods can be sourced from a number of specialist producers and exporters in the USA as well as from treatment companies in Europe, and elsewhere. 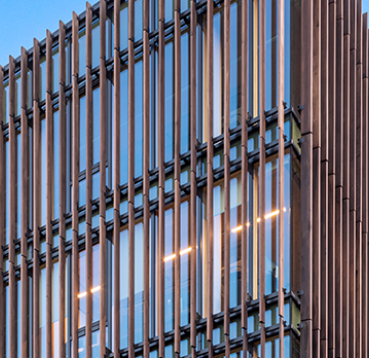 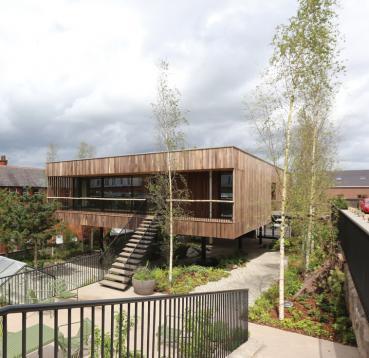 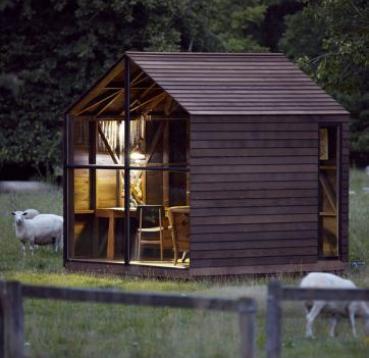 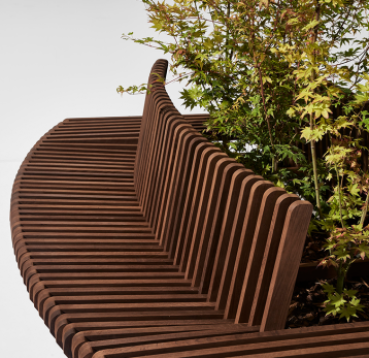 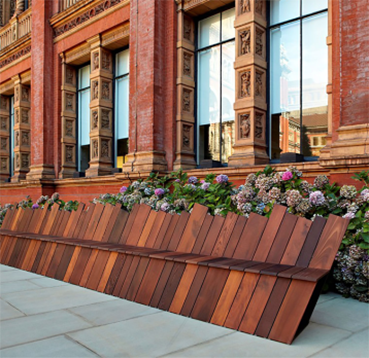 A patchwork pattern bench designed by Martino Gamper for LDF 2012.

Room on a hill

The world's first building made from hardwood cross laminated tulipwood in Oldham.

An Australian exploration of an American timber species from multiple perspectives.