American Hardwood Export Council technical consultant Neil Summers acknowledges that both these positives for buyers around the world are to some extent the consequences of a negative; the fact that China, as part of ongoing trade arm-wrestling with the U.S., last year imposed a tariff on American hardwood imports.

The Chinese are by far the biggest buyers of U.S. red oak accounting for 74% in 2018. So the tariff  has left a lot of red oak seeking customers.

However, in 2019 AHEC clearly aims for price and availability to be far from the only attractions of the species on the South East Asian market.  Backed by the efforts of its sawmill members themselves, it is focusing promotional and communications resources squarely on it.

It is working with designers, makers and furniture students to highlight red oak’s versatility, aesthetics and technical performance. The timber is being taken in new directions in terms of processing, finishing and end use and it will take centre stage at exhibitions. The marketing campaign will also feature showcase projects from across the globe including last year’s massive use of red oak for flooring, acoustic cladding and glulam at the new European HQ of financial data and media colossus Bloomberg in London. 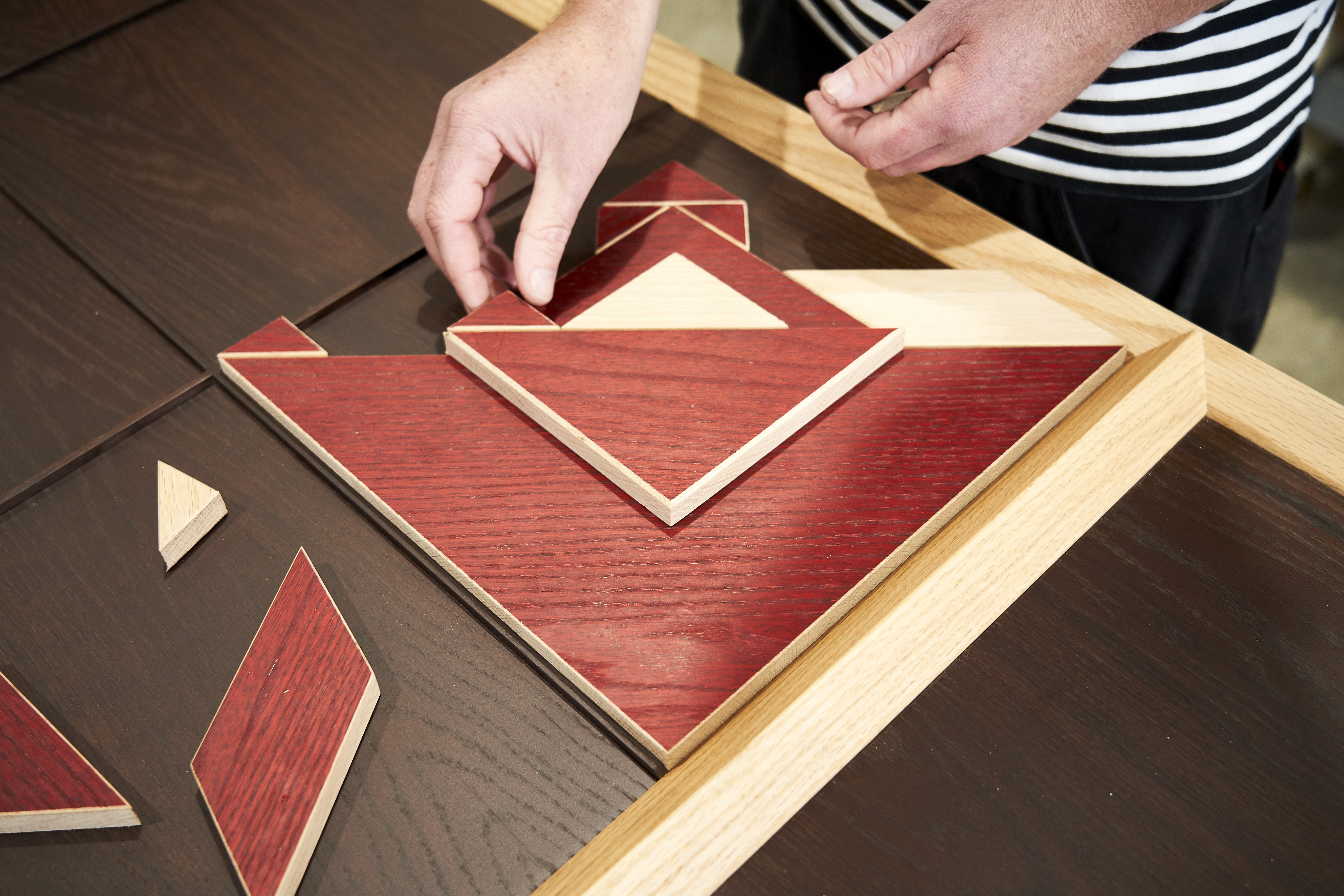 There will be a major stress on the species’ sustainability credentials too; the fact that it is America’s most prolific hardwood with two cubic metres growing in the forest every second, and total growth exceeding harvest by 21 million m3 each year.

Summers doesn’t deny that Chinese tariffs pose a challenge for U.S. hardwood mills, leading to price cuts to red oak in particular, which have left 4 quarter now 40% cheaper than the equivalent European species. As red oak has been particularly impacted, the price gap with American white has also widened.

The historical resistance to red oak, Summers feels, has been to an extent down to inertia and conservatism.

Additionally, AHEC have worked with Polish furniture designer Tomek Rygalik on a red oak showpiece and is collaborating with design luminary John Kelly to produce a range of furniture that will be unveiled later this year in Vietnam. Collaboration with Singaporean designer Jarrod Lim will also see a red oak display at IFMAC in Jakarta this October and a number of AHEC members will be meeting with customers at Vietwood in September.

The aim at the shows will be for more South East Asians to discover the untapped potential of red oak, with the emphasis that there’s never been a better time to do it. John Chan, Regional Director of AHEC Southeast Asia & Greater China says he sees Vietnam as the next growth area for American red oak.”I’m  encouraged to see US hardwood lumber in Vietnam has increased 14% in value and volume in the first half of 2019 compared with the same period in 2018”.

Edited from original piece by Mike Jeffree, courtesy of TTJ