Born to create : An interview with Josh Carmody

Whether it’s because of the eternally stimulating natural environment or the grit and determination inherent in the Australian culture, there is no doubt that Australia continues to produce world-class designers. Josh Carmody is one such talent. An architect by training with a passion for product design, Carmody’s work has sparked attention in both Australia and beyond.

Unable to initially make the choice on whether to be an architect or a furniture designer Carmody says “I just did both”.  Whilst working at architectural powerhouse, Woods Bagot, Carmody also managed and ran his furniture studio. These twin pathways eventually collided in what Carmody calls a “positive but decisive way” when his employer commissioned him to design and make furniture for their Melbourne studio. He seized the opportunity and created nine large American white oak tables in just 6 weeks. This proved the tipping point for the designer and his direction was set. At the end of 2016 he turned his attention full time to his furniture design business.

Carmody’s background in architecture and interiors has put him ahead of the curve when it comes to the hotly debated issue of workplace environment and wellbeing. “Designing and making furniture for Woods Bagot gave me the chance to create for a space that I work in and then see how these designs worked for the studio and those using the space. This end-to-end process had a huge influence on me both in regards to design and production”.  He has as a talent for  making the complex seem simple, combining balanced and refined aesthetics yet achieving the unexpected. Evidence for this is in his most well known piece, the Legless Stool. Winner of Launch Pad following its release in 2010 the design was reimagined with a tubular steel frame in Milan last year.

Timber continues to feature significantly in his work. He has a preference, and a customer demand, for environmentally conscious materials and processes. This is just one reason for his frequent use of American species such as white oak and walnut. “Durability, reliability, availability and sustainability” are the reasons he gives for favouring American species, “when lead times are tight, when the larger orders come in, being able to source large quantities of quality timber at the drop of a hat becomes rather important. So far this has been a strength with using American hardwoods”.

His taste for the new and unexpected has extended to his choice of thermally-modified American red oak for a current commission for an outdoor furniture design.  Having experimented with indigenous species before, he had heard of the stability of thermally-modified hardwoods and is finding the experience of working with this timber to be a positive one. “First off, and perhaps least importantly, it smells delicious. Like a smokey caramel!” he says. “I had heard the thermal-modification process can make the timber more brittle and splintery than standard red oak but so far this has only been noticeable in its rough sawn state. Once dressed I have not found much of a difference other than the weight (it’s lighter) and of course the colour. But, as always, sharp blades, as well as your standard operating procedures for reducing tear-out are important to remember and will produce the best results” he adds.

Business is good for Carmody. His existing range continues to flourish and the demand for bespoke commissions is also keeping him busy. He’s also working on a new range that will be going into production later this year. The creative path he has chosen is serving him well. 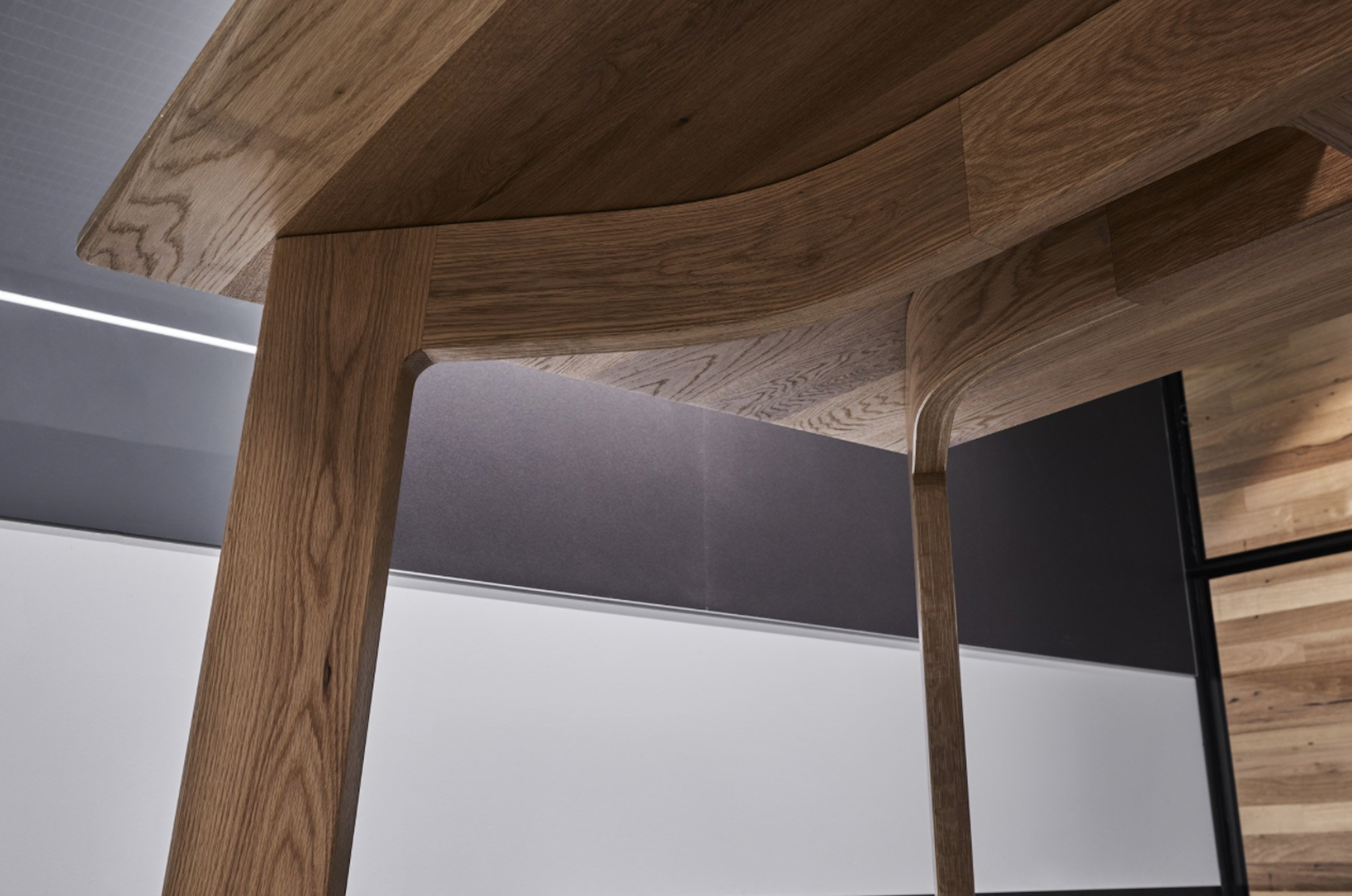